Do You Remember These 5 Kitchen Gadgets?

Do you remember the kitchen gadgets your mother or grandmother used? Do you still use those gadgets in your own kitchen?

We are living in an age where our refrigerators have touch screens and you can see what you currently have in the fridge if you’re out grocery shopping. Some appliances and gadgets can even be controlled by an app on our phone.

Through the hustle and bustle of the latest technology in kitchenware, it’s nice to take a moment and reminisce on the trusty kitchen gadgets we used to work with (and maybe still rely on).

These kitchen gadgets are probably hardly used or hard to come by these days. However, retro kitchen gadgets are making a comeback as kitchen decorations and have popped up all over Etsy and eBay for people to collect. Here are 5 kitchen utensils you may have forgotten about.

A cookie press is used to form cookie dough into a distinctive shape such as a star, clover, shell, heart and other fun shapes. It works by pushing dough through the cookie press cylinder until it passes through a small disc at the end with a shape cut out. Spritz (from the German word spritzen) cookies are made with this device and were very popular in Germany and Scandinavia. 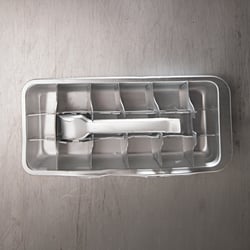 Before flexible plastic ice trays, there was the aluminum ice tray. Popular in the 1950s and 60s, to use this type of ice tray you would fill it up with water and then place the lever down to a flat position. Once the water froze, you would pull the hand up as far as it would go and then lift the dividers out of the tray, which would then release the ice cubs.

Long before bread was mass produced and wrapped in plastic bags, bread boxes were used to keep freshly baked bread fresh and free of mold-producing moisture. The box also protects the bread from pests such as mice and ants. Depending on the type of bread box, bread could be kept fresh from three days to a week.

Milk glass was popular from 1895-1910 and came back to popularity in the 1940s and 50s. It is called milk glass because of its opaque white color and came in a variety of patterns. Some of the most popular milk glass was produced by Westmoreland Glass and Fenton Glass. Candy dishes, vases, plates, banana stands and pitchers are all examples of milk glass pieces.

Found in almost every American kitchen in the mid-20th century, this metal, multi-prong utensil (closely resembling a comb) was used to slice cake without smashing or crumbling the cake. These utensils were primarily used for delicate angel food cakes.

The short answer: they could be, depending on what they are.

Is the gadget in mint condition and hardly used? Does it have an unusual feature, shape or style? Can you tell who made the gadget?

An example of a collectible kitchen utensil is a potato masher with a green handle. Painted wooden handles (in either red or green) were very popular in the 1930s and 1940s. The green handled potato masher could possibly sell for $10-15 just because of this feature.

Another example would be utensils that have Bakelite handles. Bakelite was a durable plastic that was popular in the 1930s and came in unusual colors such as red, yellow or apple green. So, if you have a set of butter knives with these types of handles, they could be worth $40-$50.

If you have old kitchen gadgets stowed away in the back of a drawer, before you throw them away it may be worth looking to see if they are valuable and considered a collectible.

If your old kitchen gadgets aren’t rusty and old paint isn’t chipping off, use them. It could (quite literally) stir up some memories and be a lot of fun to use them again.

If you do not want to use them but want to keep them as collectibles, you could use old kitchen tools as a decorating piece. There are even fun craft ideas to repurpose old kitchen utensils.

Even with the new technology in today’s kitchen, it’s fun to remember the gadgets we used to use and learn about the strange and unusual gadgets we randomly find in our drawers, in our attics and at auctions or sales. There’s something to be said for learning about and using the kitchen gadgets our grandmothers and mothers used. 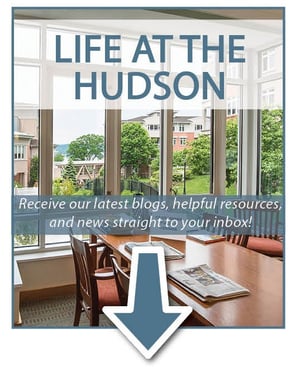